Through Labor Day, our lobby is open 9:00-5:00 Mon-Thurs.  We are available virtually on Fridays.

Ari Sapriel and Ashley Crocker took their onscreen gaming to a whole new level—and now it pays the bills.

For many video-game enthusiasts, the dream is getting paid to play. Do what you love and love what you do, right? Gamers Ari Sapriel and Ashley Crocker live that mantra every day.

“The best part of my job is building a launch plan and developing cool ways to promote a product,” says Sapriel, 25, a marketing manager at Spacetime Studios in Austin, Texas. “Getting to oversee the development of trailers and ads is very rewarding.”

While Sapriel works on the creativity behind video game advertisements, Crocker gets to focus on the editing footage.

“I love video games,” says Crocker, 20, a PrimeTime league assistant editor at RiotGames in Los Angeles. “I love the community of eSports (a form of competitive, multiplayer gaming) and for someone who participated in competitive sports up until college, I really like the energy and teamwork that’s involved.”

Sapriel and Crocker are part of a vast and growing industry. Social gameplay on both mobile devices and online has increased significantly with 59% of Americans playing video games and spending roughly $22 billion on games and equipment, according to the Entertainment Software Association.

With 146,000 people employed across the industry, with an average annual salary of $85,000, the video game industry is tough to break into. But Sapriel and Crocker both believe it’s possible with experience, skills, community and a bit of luck.

How they got into the field

Sapriel and Crocker both graduated from Emerson College in Boston with degrees in marketing communication and visual media production, respectively. 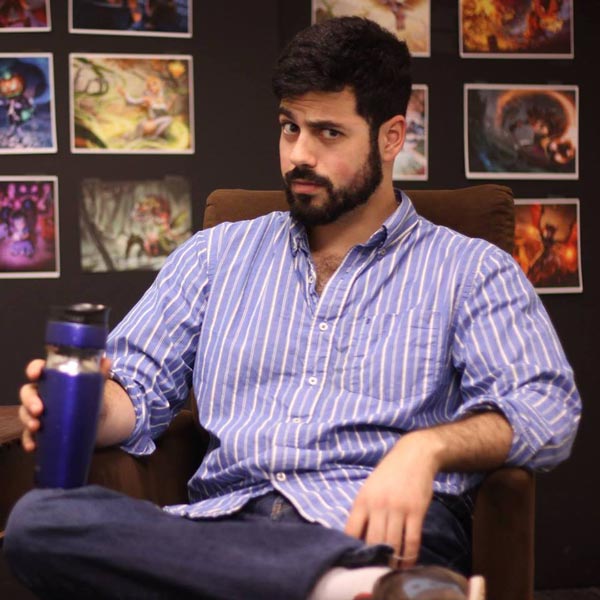 Ari Sapriel, 25, says he got lucky with an internship that got him an “in” into the video game industry. Photo credit: Spacetime Studios

Sapriel held marketing internships during school with Electronic Arts (EA) and BioWare. After graduating, he continued to intern but was later hired at BioWare as a marketing coordinator to work on Star Wars: The Old Republic.

After a year at BioWare, Sapriel landed a job at Quark Games as an associate marketing manager and later accepted an offer at Spacetime Studios where he’s worked for nearly two years.

Pay for a marketing manager can vary by industry but Sapriel says you can make anywhere from $30,000 to $50,000 annually for an entry-level position.

“In marketing, pay will depend on your previous internship experiences and the company that is hiring you,” he explains. “Most introductory roles are contracted initially with the potential to transition to full time.”

Crocker had a more traditional experience breaking into the industry by applying to Riot games online.

“Although I had no prior experience in gaming, I did co-found and run an eSports club in college,” Crocker says, which helped her get the job. “My pride and joy working in the gaming club really got me into that community and gave me hands-on experience working in eSports at a collegiate level.”

Video game associate or assistant editors make an average annual salary of $36,000, according to PayScale.

Spacetime Studios specializes in multi-player, online and mobile games, so Sapriel spends his day working on a variety of different titles.

“The biggest misconception people have is that I get to play video games all day,” he says.

From managing user acquisition and creating content for marketing strategies, to writing and sending out press releases, Sapriel says his day-to-day can vary depending on each project.

As an assistant editor, Crocker’s time is spent organizing footage, creating graphics, conducting quality control, and cutting and preparing packages for broadcast. As a member of the eSports team, she manages the major regions she’s assigned. She watches games all day to keep notes on how the world of eSports continues to grow.

“One of the greatest things about my role is that, while I work in editing, I’m also part of a group of passionate individuals who love eSports,” she says.

What skills they say you need 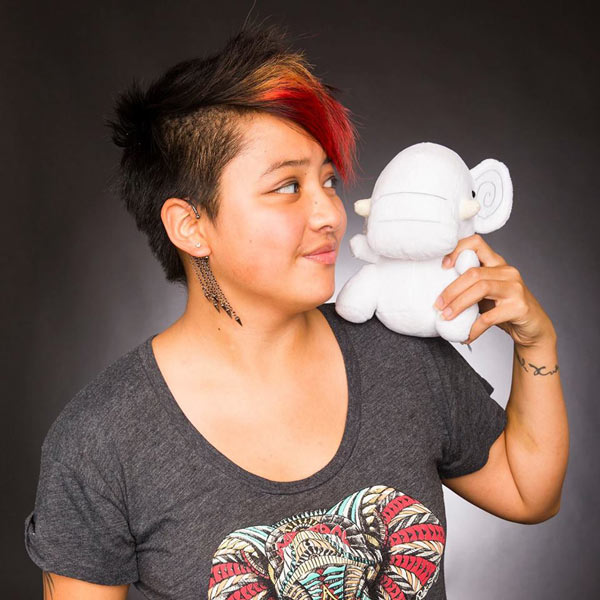 Ashley Crocker, 20, says passion, hard work, and collaborating with video game communities are the combo you need to break into the industry.Photo credit: RiotGames

For marketing in gaming, Sapriel says you need a college degree, the foundations of marketing and experience. He advises joining the American Advertising Federation competition, the American Marketing Association, and finding internships that will help you try on different marketing roles.

In editing, Crocker says you need to know how to use editing software like Final Cut Pro, Adobe After Effects and Photoshop. She says it’s also important to understand the gaming community.

“The gaming industry admires passion, so it’s a good skill to be passionate about games,” says Crocker. “At Riot we have a saying: ‘Focus on team and talent.’ It means that your goal is always to bring something to your team. Passion, talent and teamwork are the three mindsets I think you need to get a job in this industry.”

What their biggest challenges are

Sapriel and Crocker both say it’s challenging working on multiple projects at the same time. However, in marketing, Sapriel says the hardest part of his job is justifying spends and forecasting.

“It’s a bit daunting when marketing is a major investment important to the success of a product,” he says. “But it’s thrilling when a plan turns out as projected.”

Crocker says she faces different challenges every week given the fast and growing nature of eSports.

“We have to make a lot of packages and we’re a small team, so it’s challenging at times. But challenges make us better at what we do,” she says.

Their advice for breaking into the industry

Sapriel says he got lucky and was able to break into the industry with his internship that turned into a paid position.

“I’d recommend taking a similar route. Start early and apply for any paid or unpaid internships at gaming companies while in college. Or, taking a low-paying, starting position in quality assurance is another way to get into the industry.”

Crocker agrees but thinks passion and hard work will get you in if luck isn’t on your side.

“I used to think I was super lucky, but then I realized that those hours I spent every week on the gaming club at Emerson watching eSports, following League of Legends, and playing video games were all a part of it,” she says. “Many people might not think of that as a professional experience, but it’s the same thing as a film major who watches a lot of movies.”

“I also can’t stress enough the importance of community because they’re the ones who are also trying to break into this new industry. If they get in before you, they’re the people that are going to help you do the same.”