Tech jobs are concentrating in a handful of “superstar cities” including Seattle and San Francisco, dispelling predictions that the opportunity afforded by the innovation economy would ultimately be dispersed across the country. 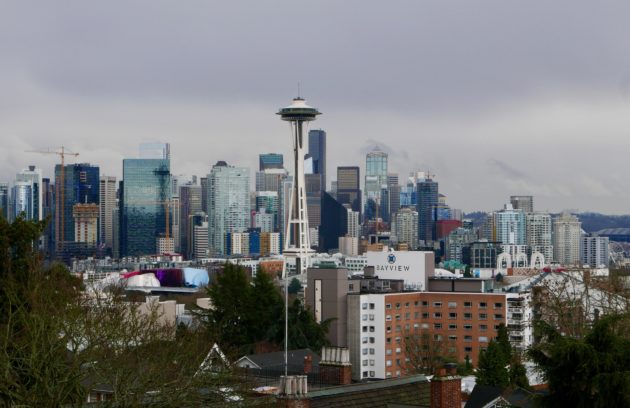 That’s according to a new report by Brookings Institution Fellow Mark Muro, prepared for the American Enterprise Institute. Muro discovered that the top 10 tech hubs in the nation continue to grow their share of digital services jobs while most other cities show slow or stagnant growth.

“While tech’s superstar cities have captured the lion’s share of job creation in digital services, their immoderate success has not triggered any sort of self-regulating equilibrium process by which the nation’s stark geographic divides might begin to ease,” Muro wrote in his report.

The Seattle metropolitan region is among the top 5 cities for growth, adding 53,579 digital services jobs between 2010-2018. Digital services jobs include software publishers, data processing, computer systems design, and other information services, according to the report.

Greater Seattle is also home to Microsoft, mid-sized companies such as Zillow and Tableau, and hundreds of startups.

But overall, the numbers paint a picture of growing concentration despite efforts to spread tech industry prosperity beyond coastal tech hubs. Because the trend is toward a “winner-take-all” economy, Muro recommends federal action to balance the scales.

“The tech economy is unleashing forces that benefit only select group of elite regions, often to the detriment of everyone else,” he writes. “These dynamics are circular, cumulative, and massively scaled. Therefore, they call for a nation-scaled response.”

The Brookings findings on tech concentration, by the numbers: