Hardware Design: How Xbox Made Controllers Accessible (Article from Polygon.com)

Video games are a cherished pastime for millions around the world. They stand apart from passive mediums like books and films because of their interactivity; even watching someone play a game on Twitch isn’t the same thing as playing it yourself.

To give more people an opportunity to play those special experiences — specifically, players with mobility impairments that might hinder or prevent the use of a standard gamepad — Microsoft has developed the Xbox Adaptive Controller. It’s a device designed to pair with an array of existing peripherals to let more people with disabilities play games on Windows 10 and Xbox One. It’s not just designed to address one specific disability, but instead to be a base on which any number of adaptive options can be added. 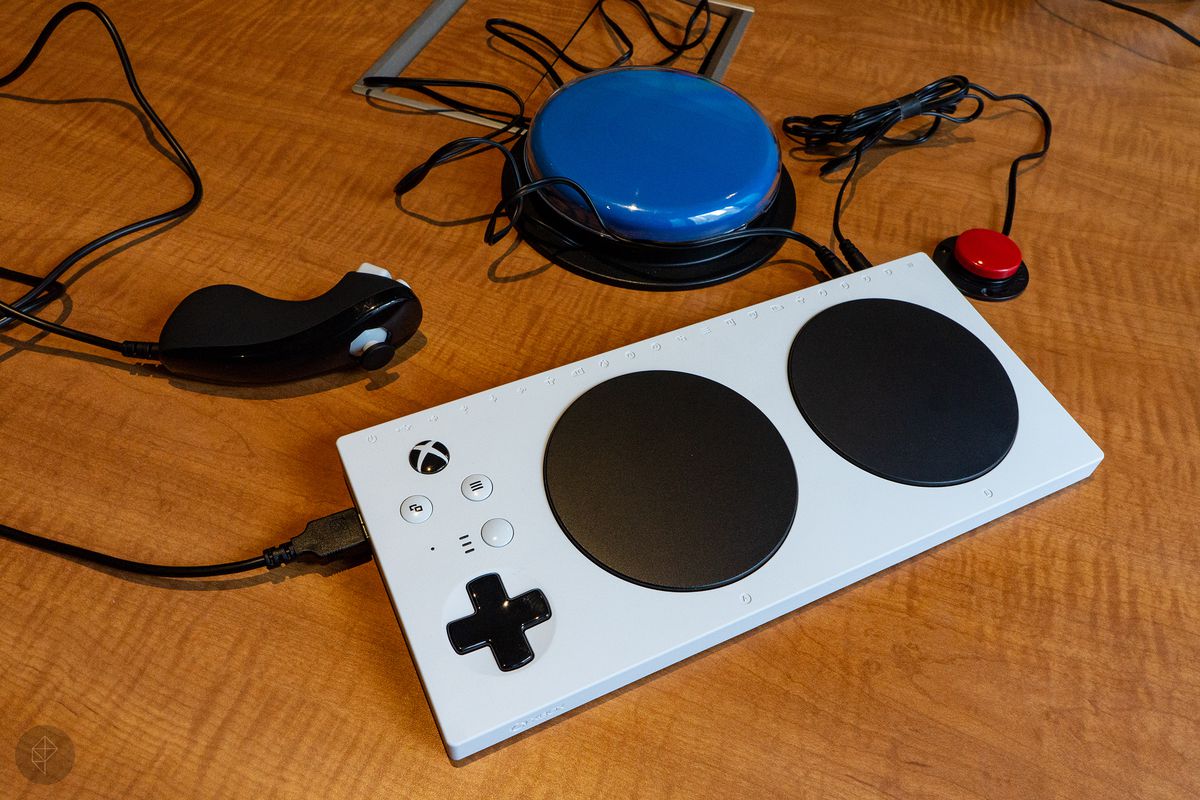 Gaming controllers, especially in their current form, can present a significant barrier to entry for many players. A simple fact that able-bodied people often take for granted is that two hands and several dexterous fingers are required to use one. As the medium has become more advanced over time, video game controllers have gotten increasingly complicated: An Xbox One controller offers 17 distinct button inputs, plus a pair of analog sticks.

The world of video games is not particularly welcoming to individuals with disabilities. Game makers and platform holders have made some strides in this area in recent years, but for the most part, they’ve left the hard work to third-party organizations. The Xbox Adaptive Controller is the strongest, clearest expression yet of Microsoft’s commitment to reaching people with disabilities, and it sprang in part out of a controller that’s on the opposite end of the accessibility spectrum.

In late 2015, Microsoft launched the Xbox Elite controller, a high-end gamepad designed for the most demanding customers out there, like esports athletes. But some of the Elite controller’s primary selling points helped it find an audience that Microsoft didn’t anticipate: Gamers with limited mobility ended up loving the Elite controller because it allowed them to swap in custom parts, remap every button and save control profiles. And its textured grip made it easier to use with one hand than other gamepads.

“The first learnings we had about accessibility [from the Elite controller], we didn’t do that in as intentional of a way,” said Navin Kumar, director of product marketing at Xbox, during an interview with Polygon last week. “We kind of learned about it as a secondary consideration.”

At $150, the Elite controller costs 2.5 times as much as a standard Xbox One gamepad. But it’s still a lot cheaper than the kinds of jury-rigged controller setups that gamers with disabilities may need, and unlike custom-built solutions, it’s a first-party product that’s readily available from a wide variety of retailers.

After introducing the Elite controller, Microsoft’s next major step in improving accessibility for games came in early 2017. In an Xbox One software update, the company tweaked the console’s existing features for vision-impaired users, Narrator and Magnifier, and debuted a novel controller setup called Copilot. The feature allows the system to combine inputs from two gamepads, which is great for people who have trouble holding a controller with both hands and manipulating all the buttons simultaneously. 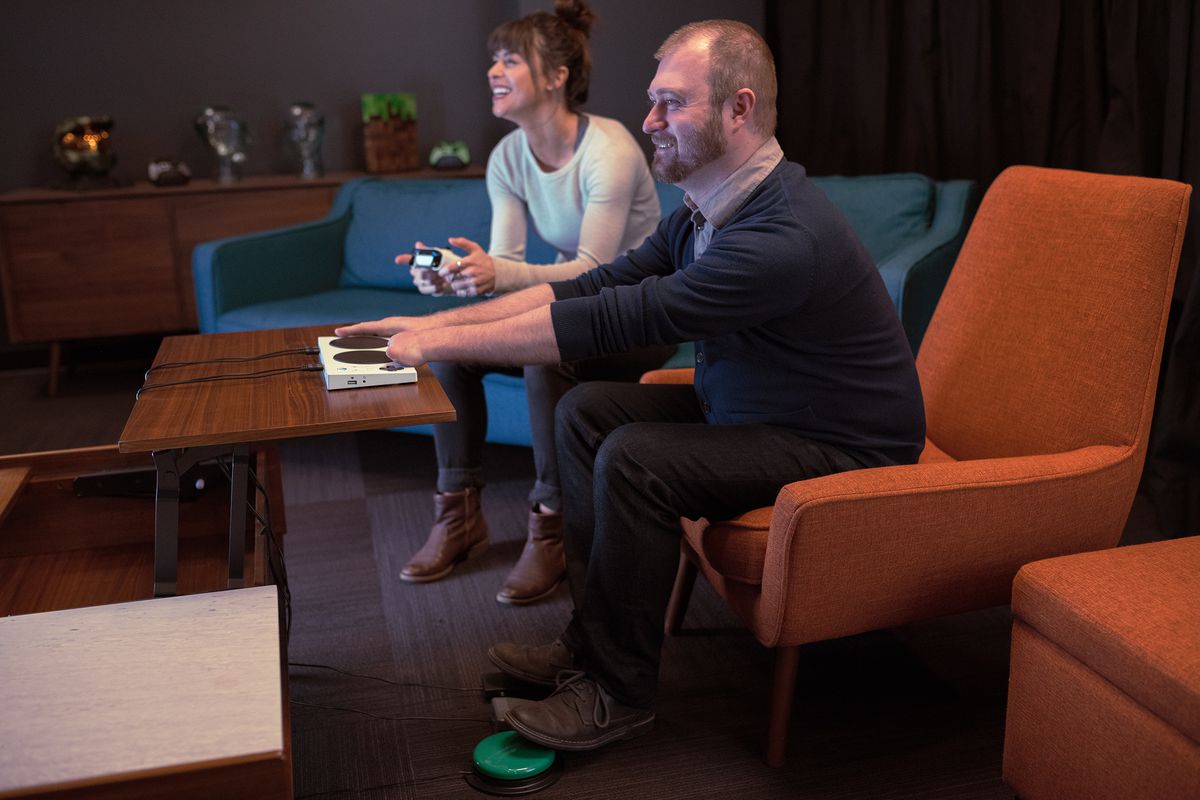 Before it launched the Elite controller, Microsoft began working on the device that would become the Xbox Adaptive Controller. During an internal “hackathon” in 2015, some engineers decided to work on accessibility for games. They built a prototype controller that could work with existing third-party accessories familiar to gamers with disabilities, and refined it at the 2016 hackathon. That happened to be the same year that Xbox chief Phil Spencer published a post on the Microsoft blog about the company’s “gaming for everyone” vision, which included an effort to “help our engineers better understand the needs of those with varying levels of physical ability.”

Microsoft decided last year to turn the prototype into a product, and collaborated with many outside groups to make it happen.

“We cast a really inclusive map of partners and individuals to help us build this, in a much bigger way than we have normally for our products,” said Kumar. In addition to groups working in the gaming accessibility field, like AbleGamers, SpecialEffect, the veteran-focused charity Warfighter Engaged and accessory manufacturers, Microsoft consulted with the Cerebral Palsy Foundation and Craig Hospital, a Denver-area rehabilitation center for brain and spinal cord injuries.

Craig Kaufman, program director for AbleGamers, said the Xbox Adaptive Controller is “huge,” both from a personal standpoint — AbleGamers’ years of work in the field getting recognized by being asked to consult with Microsoft — and from the industry perspective, of what it means for a major player like Microsoft to make this kind of effort to cater to gamers with disabilities.

The Xbox Adaptive Controller’s simple design belies the level of depth and customization options it offers. Its rectangular frame, which is about a foot long, features two large, slightly domed buttons on its face that can be mapped to any function through the Xbox Accessories app. Because a Windows 10 PC or Xbox One will see the device as a standard Xbox One controller, it’s compatible with every game at the system level.

On the back, there’s a line of 19 3.5 mm jacks — the standard connection for assistive input devices. These are the foundation of the controller’s adaptability; each port corresponds with a different button, trigger, bumper or D-pad function of the Xbox One controller. Players can plug foot pedals, fingertip-sized microswitches, additional large buttons or other peripherals that they may already own into these ports.

There are also USB ports on either side of the unit that map to the left and right analog sticks. Kumar and Kaufman demonstrated a nunchuck peripheral manufactured by PDP, a joystick commonly used for flight simulators and a 3dRudder foot controller as plug-and-play options that are compatible with the Adaptive Controller.

“We designed the controller to work around ecosystems that exist today, with peripherals that people who have limited mobility may already own today,” Kumar said. Kaufman noted that many third-party options people choose come from companies like AbleNet, which makes and sells a variety of these accessories already. Others include the QuadStick, a device that lets quadriplegic individuals sip or puff on a straw to control games.

If this sounds like it might be a lot to set up and reconfigure for each game, the Adaptive Controller includes one default profile and three custom ones, which are accessible from a profile button on the controller’s face.

The unit also features a large D-pad and the buttons you associate with any Xbox One controller: menu, view and the iconic Xbox home button. The Xbox One S color scheme of white with black accents, and all the brand identity hallmarks, are intentional design elements. 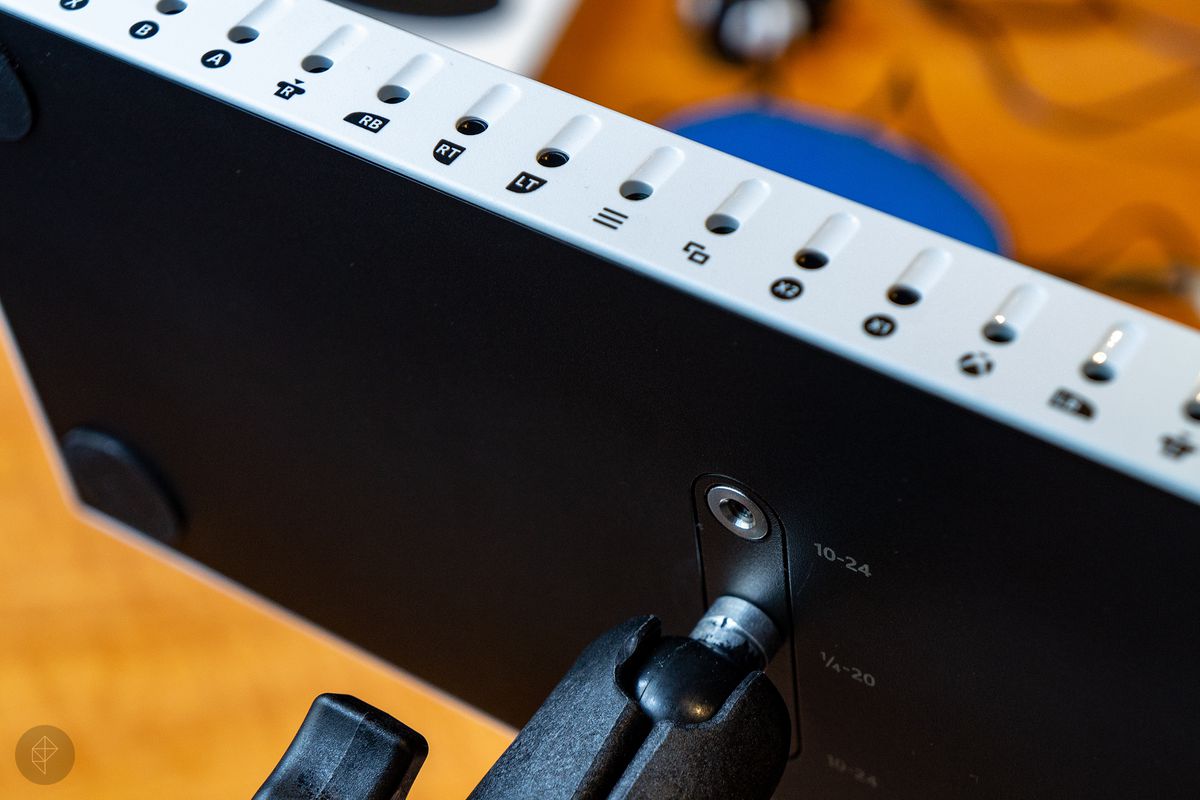 “We wanted to avoid creating a feeling of otherness with this device, and make it really feel like it’s a genuine member of our hardware family,” Kumar said.

The Xbox Adaptive Controller will retail for $99.99 when it goes on sale at the Microsoft Store later this year. Its low price is just as crucial for individuals as it is for charities like AbleGamers, which often provide controllers through grants to people with disabilities.

“This is going to actually help us give out a lot more controllers to more gamers,” Kaufman said, explaining that AbleGamers has often needed to rely on expensive, “kind of hacked-together” accessibility solutions in the past.

People with disabilities may feel like they’re an underserved group in gaming, but Kaufman said he hopes Microsoft’s effort with the Xbox Adaptive Controller can mean that “accessibility is thought of as something in planning, versus an afterthought.”

“Years ago, we were excited when a game had colorblind mode — like, that was the big thing,” said Kaufman. “But now we’re looking at Xbox making a controller that can take mouth inputs. Like, this is further than we thought it would go.”