Interview with an Alumni: Donya Shirzad at Bungie Studios

Donya Shirzad went to University of Washington, majored in Computer Software Systems and graduated in 2005. Donya got into computers early in life, working in technical support in a call center in high school, which gave her the opportunity to get certifications in hardware and networking.  This led to more opportunities in software and eventually to her current role in video games as an Executive Producer at Bungie studios. 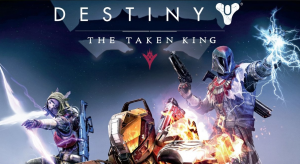 How did you get started in a career working in video game industry?

I worked in technical areas near the games industry before actually going into games.  All the jobs I had before games slowly built my expertise in the areas needed for a games job, and my degree backed up my computer skills.

I learned about computer networking from doing technical phone support and getting hardware and networking certifications for that job.  The networking skills got me a job in Quality Assurance for streaming videos.  While at that job, I got my degree and started doing some programming and management of software teams.  Knowledge of networking and video streaming got me a job managing teams on a virtual world where I learned about how to create worlds that are beautiful and fun, and how to make money while doing it.  That was the job that led to games.  It was close enough to the games industry that my next job was directly working on games for mobile and Facebook, and with that experience I started at Bungie on their mobile team and worked up to running entire AAA releases.

Why did you choose to work at the places you have? What about the work or the organization was interesting or motivated you?

I am a science fiction nerd and I love technology.  I’ve always wanted to work on the future.  Every company I’ve gone to was either doing something to change the world or was a different, futuristic world.  Playing videos on the internet was new when I went to that company, and I worked on a lot of experimental technology there that was exciting.  Working on a virtual world was like creating the first version of the Metaverse from Neil Stephenson’s Snow Crash.  Everything I’ve done has some tie to the future.

Have you had a common thread through most of your work, how have you built on previous experience to find your next position?

Personal connections are important.  Almost every job I’ve had started with knowing someone at the company who recommended me.  Having the skills for the job is necessary for getting hired, but knowing someone there means that your name gets a little extra attention because you’ve been vouched for.  It’s easier to get an interview.  Whenever I decide to apply to a company, I reach out to anyone I know there, even if I barely know them, because having a current employee recommend you is better than just applying directly.

You’ve held jobs at multiple levels in the industry, what have you learned about creating change and making an impact?

Thinking holistically is how I’ve gotten where I am.  I don’t just look at the job in front of me and work on it, I look at the context of the job – How does my work fit with what others are doing? How does everything work together? Does another team need something that we have?  What’s most important not just for me and my team, but for the whole thing we are creating across the company?  Taking the broader view into account makes sure that the work you do has an even bigger impact because you’re working together with everyone else.  This kind of thoughtfulness grows into leadership roles as you can always make better decisions when you have more context.

What can college students be doing now if they are interested in pursuing a career pathway similar to yours?

Experience is important.  That’s what gets you the interview.  Apply to game studios and if you can’t get into the one you want, work at a different one.  If you can’t get into games directly, look for jobs at companies that need the same skills.  One of the producers I work with was a program manager on banking software before getting hired at Bungie.  It may not seem related, but it is still about understanding tech, knowing how to run a team, and shipping software.  If you can’t get that kind of job, take an entry-level job in a company you want to work for.  It’s easier to get promoted once you are in.

Any words of advice for UW students interested in the gaming industry?

The games industry is pretty specialized, and you have to be passionate to work on them because it’s also hard.  Even if you aren’t on a project that requires long hours, a lot of your time outside of work is still about games.  It’s not a 9-5 job.  That said, it’s exciting and extremely creative and it’s great to build something so many people enjoy.  If this is what you want to do, become an expert in games by studying them.  Watch podcasts, play games and note what does and doesn’t work and why, try making your own small games, and go to games industry nights to meet people who can help open doors for you.