This is the sharing of an original article from the website The Verge. The Original Author is Jay Castello and it was posted on Oct. 22, 2019 on their website. For the full article and other great content from The Verge click here.

When you tune into any e-sports event, you’re likely to see only men. Of the 100 competitors in the final of the Fortnite World Cup, none were women, and just one of the more than 200 players in the Overwatch League is a woman. The apparent egalitarianism of digital competition has clearly not translated into a truly even playing field. In response, a number of organizers have turned to creating women-only events. They’re clearly serving a need, but that need remains complicated.

While many of the arguments against these events are easily dismissed (no, it’s not reverse sexism to give marginalized genders their own space), segregated tournaments aren’t always popular, even among those who push for the inclusion of more women and nonbinary competitors in e-sports. It’s a reasonable discussion to have: if our end goal is tournaments that aren’t uniformly male, can putting on separate tournaments be part of the solution?

Girl Gamer Festival obviously thinks so. It’s a series of women-only events that’s been running since 2017, this year taking place in multiple cities all over the world. Attending in late September in Madrid, I wanted to find out what the festival’s goals were. In particular, I wanted to know whether its ultimate aim was to make itself obsolete.

The Movistar Esports Centre in Madrid only has a capacity for about 70 spectators, but the seating was full as 10 women took the stage for their first League of Legends match. When they began to play, one team’s shot-caller was audible over the rest of the noise, corralling her team, choosing targets, and celebrating when things went their way. It was quickly apparent that many of the people in the crowd were already on her side, but those of us who went in without favorites soon started cheering for her and the rest of her team, Movistar Riders, too. 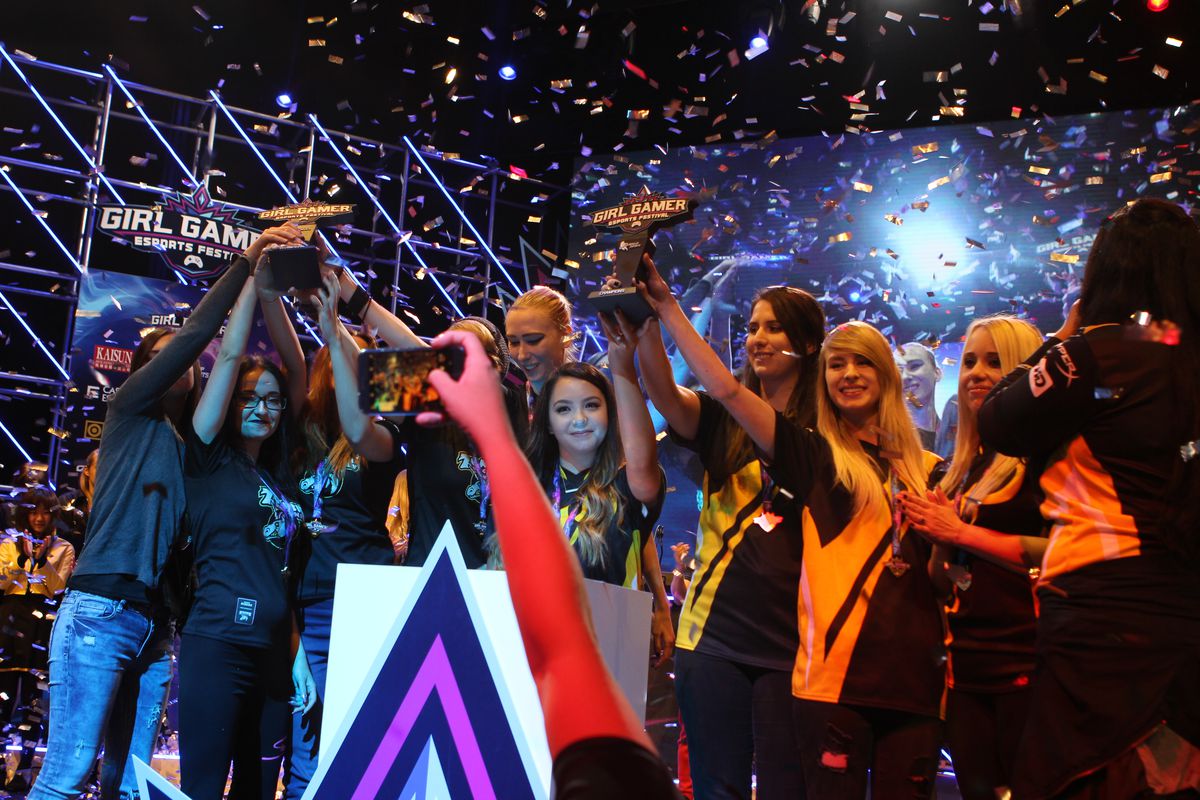 When organizer Fernando Pereira says that one of the goals of Girl Gamer is creating competitors who can “act as role models that inspire younger girls in developing an interest in [competing],” it’s this shot-caller who I think of. I’m not the young girl that Pereira presumably has in mind — given how young e-sports pros typically are, I’m usually older than everyone competing — but there is still a certain inspiration in getting to see someone like you lead, be confident and carefree, and win onstage.

Of course, it’s not just about me and the other women watching. The women onstage are the ones getting the most out of the event. Pereira says they aim to create “a platform that offers opportunities for women to grow and develop their competitiveness in e-sports.” It’s a stepping stone, in other words, for them to begin to compete in the mixed-gender events — clearly something that’s necessary, if it works.

The event did have that kind of energy. After the shot-caller finished her match, she ran to talk enthusiastically with her family in the audience, like any young participant might as they’re learning the ropes in their first competition, cheered on by those who know them.

Girl Gamer Festival doesn’t only aim to open the proverbial door with who they invite, but also where these events take place. This year, they were in Sydney, Madrid, São Paulo, and Seoul. Other than the last location, these are rare spots for e-sports events, limiting opportunities for people who live outside the major centers of America, South Korea, and China. Pereira also has aims to expand: “We want to be able to reach more regions that have been left out in this year’s circuit, while building more mechanisms that would allow us to run year-round online competitions in multiple games.”

The simple opportunity may be the springboard that some female competitors need. “Learning how to properly play at LAN tournaments is a very important experience,” Maya “Caltys” Henckel, an AD carry player for League Of Legends team OOB, tells me. OOB were the victors at Girl Gamer Madrid, and they will be competing in Dubai in December for the overall trophy. “Providing a safe environment for female players to start somewhere in e-sports [is important] as it is still a very sexist field,” botlaner Laure “Shiny” Delaroche agrees.

On top of experience and a foot in the door, any e-sports competitor benefits from visibility, which may lead to fans and opportunities in the future. “It is always great to play on stage so everyone can watch our games and support us,” toplaner Naïma “Freyja” Gradi tells me. 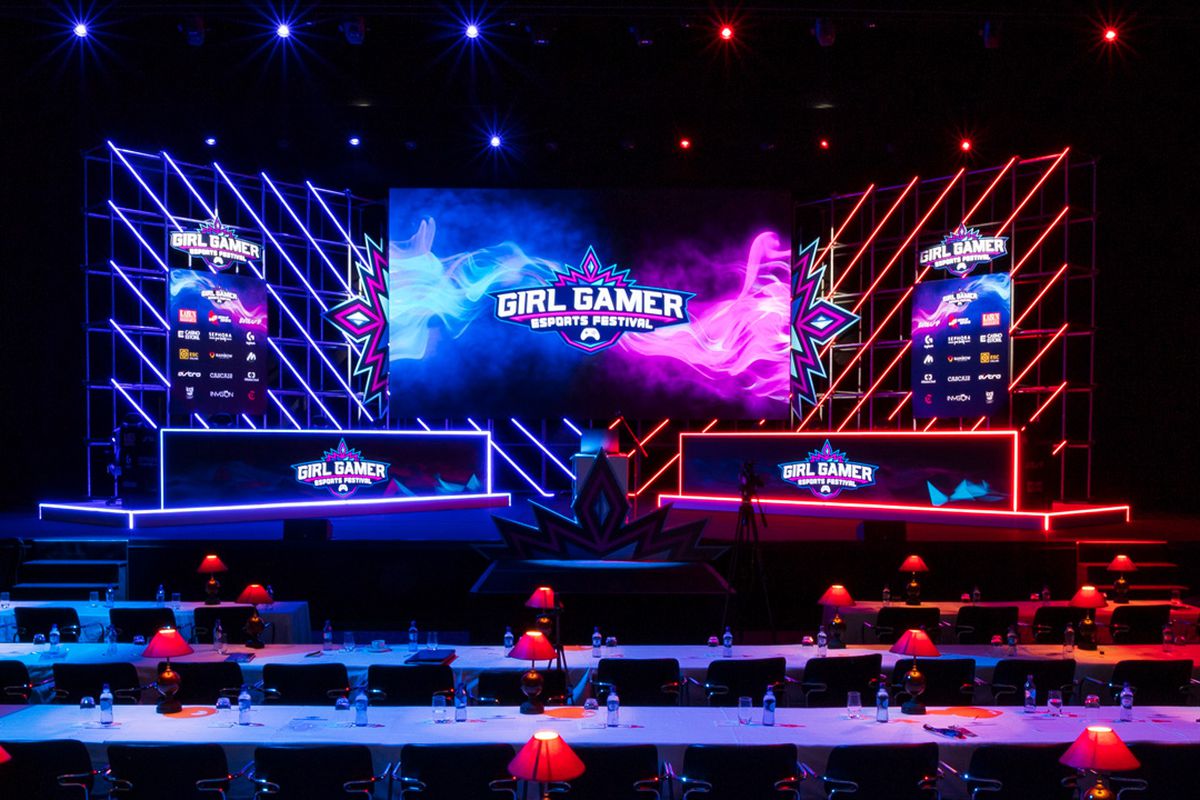 Along with providing experience and coverage to these women, which is something any budding competitor needs, some Girl Gamer events also provide additional help. “We use the opportunity to run conferences and seminars that educate the players about the e-sports industry and developing their career paths, while teaching their parents how to best support their children and create better relationships at home,” says Pereira.

By doing all of this, he does see the possibility that events like Girl Gamer Festival could ultimately be part of making themselves unnecessary. “Once women actually start being accepted and integrated into professional teams in top tier tournaments, it might stop making sense to have separate gender events,” he says.

The players, too, see it as a step toward increased numbers of women at mixed events. “It shouldn’t, and I hope it won’t be, a dead end for women willing to compete,” Delaroche says. “I hope everyone will be used to seeing women in competitive games at some point, and look at players for their performance instead of their gender. But to me, we need to go through all those steps before this happens.” Gradi agrees: “Once there are enough women in mixed events without sexist situations then it won’t be necessary anymore.”

But there’s an understandable sense with everyone I speak to that this is still a long way off. Right now, we’re still at a point where women are kept out of supposedly “mixed-gender” teams for reasons like having to share a team house, which is what happened to Molly “Avalla” Kim. Misogynistic skepticism often leads to accusations of cheating, which happened to Kim “Geguri” Se-Yeon. And higher levels of harassment often lead to women leaving the scene, in the case of Kate Mitchell. All of these examples come from one single e-sport, Overwatch, which is often considered to be one of the most welcoming, thanks to Blizzard’s advertising centered on a somewhat more diverse cast of characters and events like Pride celebrations.

An event like Girl Gamer Festival does not solve all of these problems, but it does give women an avenue forward that might not have been accessible otherwise. “As with all the issues surrounding equality, this is a generational problem that will take quite a long time to fix,” Pereira says. “We can only do the best we can in doing our part in promoting change.”

This is the sharing of an original article from the website The Verge. The Original Author is Jay Castello and it was posted on Oct. 22, 2019 on their website. For the full article and other great content from The Verge click here.