Welcome to Fall! Our doors aren't open, but we're here to help. Click here for details.

‘The best thing I did in college’ – Competition season begins! 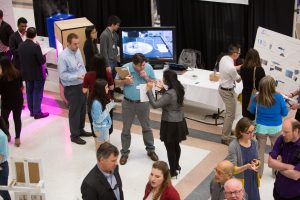 An engineer, two biochemists, and a finance major walk into a room. It’s not a bad joke leading to an even worse punchline. That is how college students form teams across the state of Washington to enter a Buerk Center for Entrepreneurship competition. “Anyone who is on the fence should make the time for these events,” said Alex Jiao, a PhD in bioengineering and co-founder of mIPS Labs, which took second place in the 2016 Health Innovation Challenge. “I went through the competition first with a concept—everything was on paper­—and we continued to work on it until we actually launched the company and I was able to hire myself.”

“The competitions give you the opportunity to pair what you’ve learned in the classroom with an idea you have, and develop it with coaching from real entrepreneurs.” says UW Business Plan Competition manager Amy Sallin. “Our judges are very thoughtful with their feedback so you can incorporate it, pivot the idea, and move forward.” Competitions provide a great learning and networking experience, and while having a product ready for sale is nice, it’s not required. “We see teams coming in with ideas they’ve worked on for a year or two, as well as teams that created ideas during winter quarter,” said Sallin. “Having traction is great, but it’s not everything. A well-conceived, focused project goes a long way.” 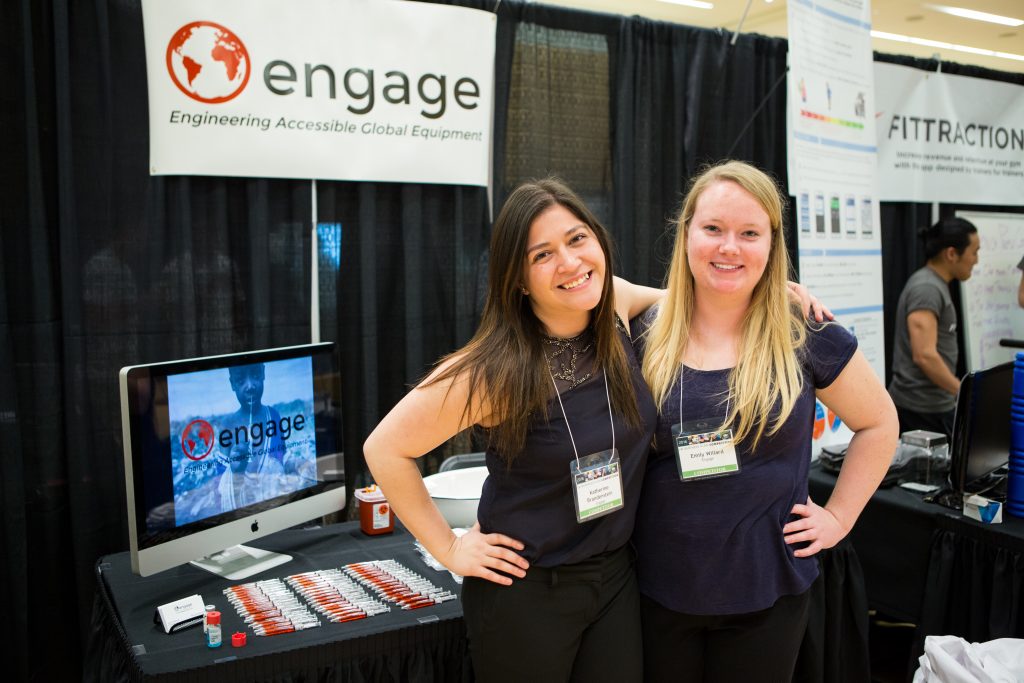 Competitions like the Alaska Airlines Environmental Innovation Challenge and the Hollomon Health Innovation Challenge have been described as science fairs on steroids. Dozens of great ideas are presented via posters and prototypes, and teams come in many forms. Two WSU seniors in bioengineering, Emily Willard and Katherine Brandenstein, beat out 17 other teams to take home the 2016 HIC grand prize with Engage BioTech. They went on to place fourth in the BPC, out of 93 entries. Their SafeShot cap prototype attaches to multi-use vials and sterilizes needles as they enter the vial, which drastically reduces potential infections from needle reuse. A WSU professor advised them as they developed their idea, but after the competition “we had a stack of business cards,” said Willard. “The people you meet not only teach you, they connect you to resources. And if you win, you can leave school with funding for your startup.” 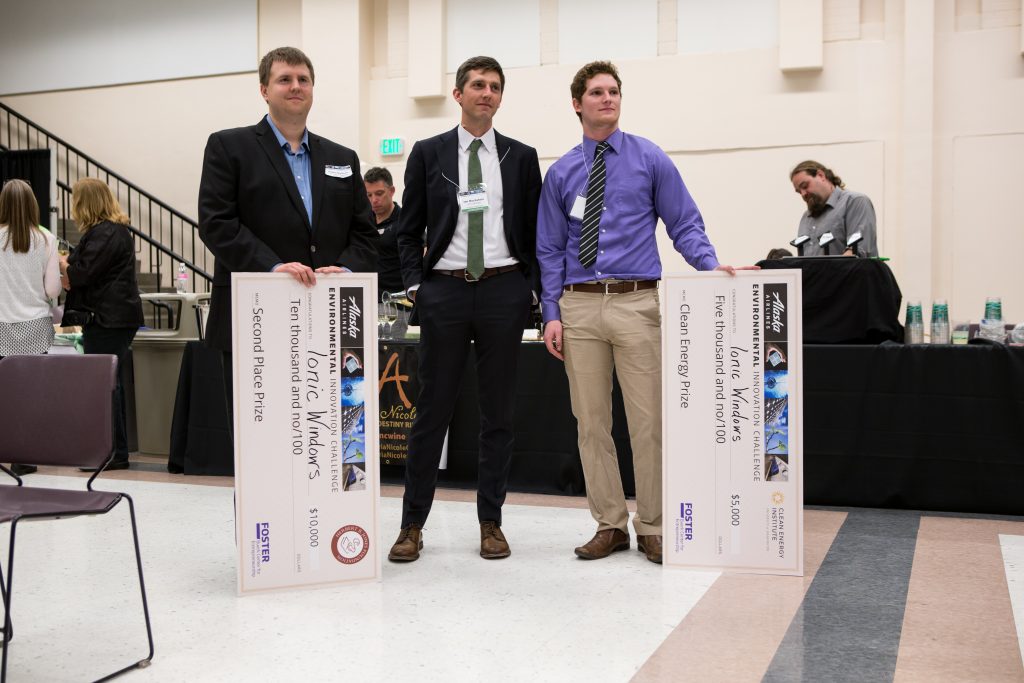 The Buerk Center has awarded more than $2.5 million dollars in prize money since 1998. “I’ve had more students tell me the prize money was cool, but the best part was actually meeting the person who introduced them to their new co-founder or first investor or advisory board member,” said Sallin. Last year the BPC had 500 judges at its various rounds, and many of them also acted as coaches and mentors.

“There really is nothing like getting judged by a bunch of real business people,” said John Zagula, Ignition Capital partner and the instructor of the BPC prep course. Livible CEO Terry Drayton put it another way: “The best time to do this is right now,” he said. “You’ve got to be like Marshawn Lynch! Find a way to go forward with your idea, even if you get knocked off your feet a few times.” 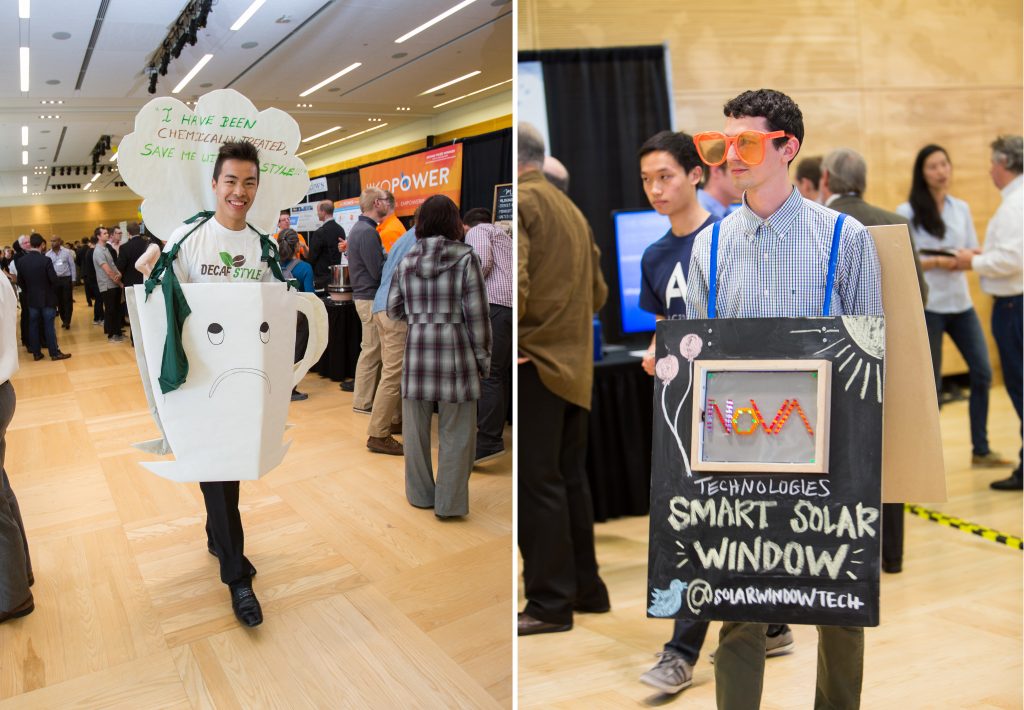 Class projects and capstone work lead to some of the best ideas each year. The students who formed AgriC and went on to win the 2016 EIC grand prize, started working on an alternative to plastic mulch contamination the previous fall in the Environmental Innovation Practicum. “All we had in the beginning was a research paper stating that plastic could be made from chitosan (part of a shellfish),” said Daniel Park, a finance and entrepreneurship student on the team. “We put in a lot of effort to find a market, network with professionals, interview potential customers, create a prototype, and practice our pitch.”

“Everyone should take advantage of the resources the Buerk Center offers,” said JikoPower vice-president Marene Wiley, who studied political economy and entrepreneurship at UW, and was part of the team that won the 2016 BPC grand prize. “Having to apply to the competitions and presenting in front of people is such an opportunity for growth. It’s by far the best thing I did in college.” 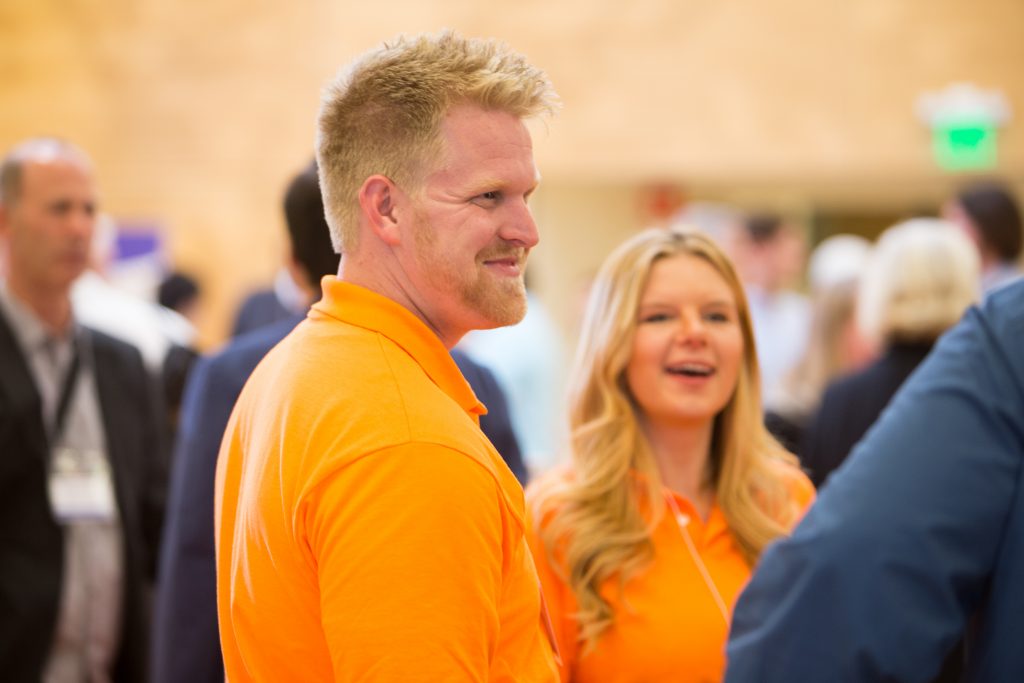